The Genius of Nuggs: How Marketing Plant-Based Food as Fake Actually Worked

Nuggs is making veganism cool. Through social media savvy—and by being transparent about its ingredients—Nuggs has made a name for itself within a dense field of plant-based competitors. 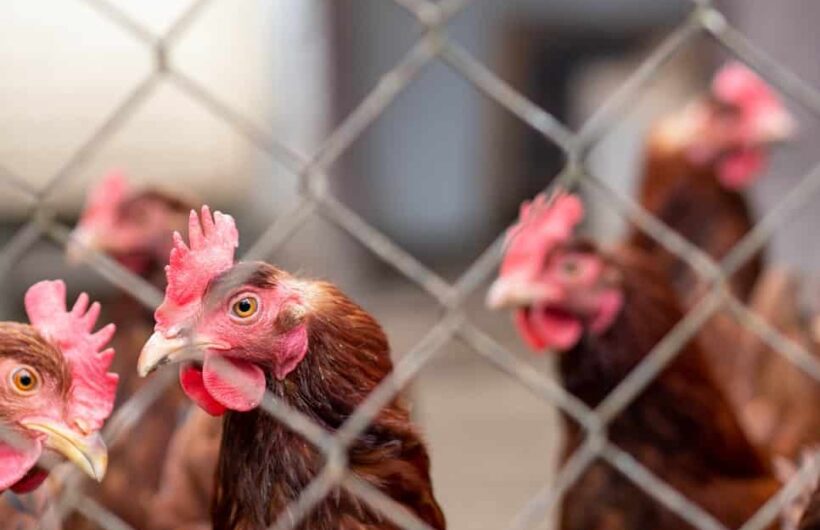 Plant-based marketing can be tough, especially when the product you’re selling is supposed to be meat. In this guest post, Haley Lee explores how Nuggs, one of the most exciting plant-based nugget products around, manages it—mainly by not being shy about its ingredients.

When I say vegan, what’s the first thing that comes to mind? Eco-friendly? Sustainable? Health-conscious? Chances are you weren’t thinking ‘cool.’ But Nuggs is trying to change that.

This plant-based nugget brand has the under-25 crowd clamoring for a box, thanks to cameos in high profile models’ and DJs’ stories, and even its own viral Tiktok Challenge. While I haven’t tried Nuggs myself yet, I get it. I’ve seen the stories, I’ve heard how it crunches, and I have to admit, they look pretty damn good.

But a delicious product isn’t the only reason that people are so smitten with Nuggs. From its website to its meme-based Instagram content, Nuggs set itself apart from the competition by building immediate customer connection and cult-like loyalty. Here’s how they did it.

Don’t be afraid to be different

Plant-based marketing isn’t new. Morningstar Farms, Gardein, and Alpha Foods are just a few of the brands that already offer vegan chicken nuggets, after all. But collectively, their products are almost indistinguishable from one another—side-by-side they all blur into a haze of muted greens and yellows, painting the perfect picture of health and wellness.

So what did Nuggs do? The complete opposite. Their packaging is devoid of any green, trimmed instead in a fiery red with a rooster prominently plastered on the front. Unlike nearly all over plant-based marketing, there’s no allusion to veggies, fields, nature, or anything that could be remotely construed as ‘crunchy granola.’

And while companies like Beyond Meat and Impossible Foods market themselves as innovators in food science, there’s a real effort on their part to get customers to see their products as real food, rather than a lab experiment.

Not so for Nuggs. It leans fully into the idea of food technology, welcoming site visitors to the “Simulation,” and even going so far to describe Nuggs as the “most advanced software in existing nutrition networks.” It’s cheeky, subversive, and as a result, completely memorable.

Nuggs is the brainchild of 21-year-old Aussie tech entrepreneur, Ben Pasternak, who wants to bring sustainable food to his Gen-Z peers. It’s the first time plant-based food has been created by a target audience for that very same target audience—which means Nuggs know how its customers speak, where they hang out online, and what will get them to tap, laugh, and share.

Not surprisingly, Nuggs’ Instagram account has a significant following with a mix of already-converted customers, and others, like me, who are entertained, intrigued, and along for the ride.

Most people likely ended up on Nuggs’ page through a story mention or a video tag, but once they’re there, Nuggs knows how to get them to stay. Now, in full disclosure, I’m a millennial who simply can’t relate to a lot of Gen-Z’s interests.

But I’ll (grudgingly) admit our generations do share some cultural crossover: all of us are glued to our phones; none of us can be bothered with a second syllable (prob, totes, caj, Nuggs). And most notably, both our generations rely on memes as a vessel of self-expression, communication, and even flirtation.

Hence, Nuggs’ meta meme-only account is a fantastic way to reach its audience. It’s simultaneously clever and ridiculous, like its play on Maslow’s theory as the ‘hierarchy of Nugg eaters.’ It conveys, “I know you. You know me.” And it’s working. The comments are filled with followers who laud Nuggs’ dark humor and exceptional meme generation. Some even demand a raise for the anonymous account manager, in a display of reverence akin to Gossip Girl and her loyal Upper East Siders. Bottom line: Nuggs knows its customers, and its customers love them for that.

There’s few things worse than having to sit through a string of automated prompts instead of getting through to the human you so desperately want. As they say, you only get one chance to make a first impression, and a robot rarely makes a good one.

That’s why watching interactions with Nuggs is so refreshing. Scroll through their comment replies on Instagram and you’ll see what I mean—they respond to concerns and compliments with a smooth self-assuredness I would have killed for in high school. And they’re fun: someone comments a song lyric? Nuggs responds with the next verse. Someone gets a little cheeky? Nuggs gives its right back, no holds barred. It’s all decisively human. The result? People feel like they know Nuggs. They like Nuggs. And ultimately, that makes them buy Nuggs.

People feel first, think second. Nuggs capitalizes on that by surprising customers at every turn and making them laugh. Their feelings-first strategy draws people in and makes people care about Nuggs not just as a product, but as a brand.

Ready to stand out from the competition? Our team of skilled copywriters can take your copy from run-of-the-mill to revolutionary

Is Your Technology Copywriting Too Optimistic?