Climeworks is on a mission to reverse climate change, and it wants at least one billion people to be a part of its story. The Swiss company utilizes high-level carbon capture technology to—you guessed it—capture carbon dioxide from the air and decrease overall CO2 emissions. The collected carbon dioxide can then be recycled, be stored away to help clean the air, or used as a raw material.

According to the MIT Technology Review, the world will need to find a way to remove approximately 5 billion tons of carbon dioxide a year by midcentury and 17 billion by 2100. With a likely increase in droughts, floods, and other natural disasters caused by global warming, this goal is no longer just aspirational—it’s essential in ensuring a safer, habitable earth.

Climate change is one of the biggest concerns of our generation. But Climeworks believes that its carbon capture solution can play a significant role in reducing emissions. It explains that its direct air capture and storage (DAC+S) “provides a permanent, efficient, measurable, and safe option” and aims to inspire people—from individual, small-change investors to major corporations— to join its ambitious cause.

But how exactly does Climeworks craft a narrative that stirs deep conviction and encourages impactful action? In the face of such a gargantuan climate issue, how does the company continue to deliver a hopeful and impactful message?

Here’s what we found.

Carbon capture is still a relatively new technology that not everyone might be familiar with. In order to heighten awareness of its fascinating ability to reduce harmful CO2 emissions, it’s important to offer educational resources that are digestible, accessible, and compelling.

Climeworks provides various points of information on its website, from a detailed explanation of its journey and timeline to a deep dive into the complex sciences of CO2 removal. It also states the overarching issue—climate change—and gives a real look into what it’ll take to make a difference. If readers only look at the hard data, as well as how much there is to be done, it can feel like an unreachable goal.

But Climeworks’ carbon capture solution not only introduces an innovative, effective way to drastically lessen emissions. It also demonstrates that its plans actually reach a net carbon dioxide removal efficiency of roughly 90%. In other words, in the face of a bleak climate reality, real, tangible transformation is possible, and Climeworks is ready to stand at the forefront.

By making carbon capture a more accessible and understandable topic, Climeworks encourages the public to support its solutions. Fighting climate change presents great challenges, but as it continues to garner public support, and slowly but surely expands its plant operations, its goals of minimizing our carbon footprint won’t be such a far-fetched dream.

Spotlighting the “voices of the climate pioneers” fosters a solution-oriented community.

Identifying the problem is only the first step. Climeworks has already developed a method of climate change reversal, but it wants more people to participate in their mission—individually and collectively.

Collectively, Climeworks seems to recognize that large corporations with heavy influence must take the lead if we want to see real change. Already, it partners with well-known companies like LGT, BCG, Swiss Re, and Microsoft to create a more positive climate impact—whether by helping them sign a decade-long carbon removal agreement or by becoming a part of a carbon removal portfolio.

Individually, people can become “pioneers” who contribute a monthly monetary donation to the company. Every donation helps install and operate CO2 capture plants, which then begin to actively filter and store carbon dioxide from the air shortly after their launch. At the end of every year, pioneers receive a summative report of their global impact and how much CO2 they were able to remove. Their efforts are also formally recognized on the Climeworks website under “Voices of the Climate Pioneers,” where site visitors can read each pioneer’s wish for a healthier, cleaner, and more sustainable future.

By elevating contributors’ voices and publicizing corporate partnerships, Climeworks emphasizes the importance of community, unity, and accountability. It urges ordinary people to take action and join a noble cause. The climate crisis is as real as it is daunting—but Climeworks presents a tangible solution and offers real purpose, turning big hardships into beautiful possibilities. 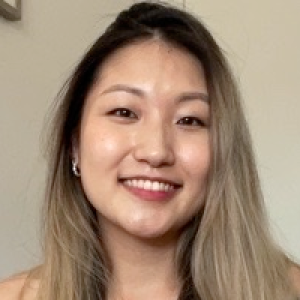 Former 6th Grade ELA teacher, now copywriter, Shi-won loves to use writing as a tool to empower, educate, and entertain. She enjoys collecting books for her library, daydreaming about Middle Earth, and searching for the coziest Korean restaurants in Queens.

More Than Good Slogans: The High Bar of Effective Copywriting

Pleasures of the Table and the Typewriter: Infusing Your Food Writing with Flavor

The Power of a Great Blog for B2C Brands