“Deal With It!”: How Elon Musk’s Tone Hurts Tesla’s Marketing on Twitter

Marketing through Twitter is not always a good thing. We consider the role Elon Musk’s Twitter account plays in Tesla’s marketing strategy and weigh the pros and cons of its impact.

Marketing through Twitter is undeniably essential for brands in the digital age. But Twitter is increasingly becoming a first-line method of communication for organizations and brands. One of the pioneers of this trend has been Elon Musk, CEO of Tesla.

Musk went so far as to tweet his interest in selling his stock—a move that got him into hot water with the Securities and Exchange Commission, which had previously issued an enforcement action against Musk for his tweets.

Because of Tesla’s high profile, it may be tempting to emulate Musk’s style. But other brands should consider where this approach has gone wrong, creating social blowback and provoking legal issues, before taking a cue from Musk when it comes to marketing through Twitter.

Research from Hedges & Company shows some surprising trends among Tesla owners. For instance, the median age of a Tesla owner is 52. It’s unlikely that Musk’s tweets do much to connect with this audience, who are less likely to be on Twitter in the first place.

In fairness, many of Musk’s supporters—those who reply to his tweets and defend him from detractors—are young and tech-savvy. To them, Musk’s Twitter presence makes him relatable. He shares their memes and jokes. But this audience is less likely to have the assets necessary to become Tesla owners.

For Tesla owners and shareholders, Musk’s tweets aren’t funny:  in fact, they caused a lawsuit when they created wild fluctuations in the price of Tesla shares. It may seem to them that Musk cares more about getting attention online than about shareholder profits.

As MarketSmiths has discussed in the past, taking the wrong tone—even for humorous purposes—can have serious consequences. Marketing through Twitter might seem comparatively low-stakes, but even low-profile individuals have suffered backlash and professional consequences for thoughtless tweeting. An ill-conceived tweet doesn’t always lead to regulatory action, but it may alienate the people who matter most: customers.

Tweets are not suited to the industry

Part of the reason Musk’s Twitter behavior has drawn so much attention is because Musk as an individual is seen as almost synonymous with Tesla itself. More than most CEOs, he takes pains to stay in the public eye. Steve Jobs was also a celebrity in his own right, but he didn’t show up to red carpet events with a pop star on his arm.

Musk takes things a step further. He actively tries to cultivate a sense of celebrity around himself. In a way, he’s not too dissimilar from Elizabeth Holmes, the founder of Theranos, who explicitly modeled herself after Steve Jobs. It goes without saying that in her case, style over substance went way too far.

But like Holmes, Musk may find that there is a key difference between the industry Jobs worked in and his own. Apple is a computer company which found its greatest success among young professionals. After Tim Cook took over the company, his more staid leadership shifted Apple’s image to appeal to a broader audience. This meant toning down the rebellious image that Jobs had developed for the brand.

The auto industry is a different beast from computer or biotech spaces. As stated above, car owners tend to be slightly older—including Tesla owners—and this audience may not respond well to Musk’s online provocations. However, it’s worth noting that 40% of car owners over 40 used social media to research cars before a purchase. Marketing through Twitter isn’t in itself misguided for the auto industry: it’s a matter of achieving the right tone.

Instead of Musk’s over-the-top snarky tone, it might better suit the auto industry to focus on providing potential customers with essential information and compelling testimonials to show them why buying a Tesla (or any other kind of car) will meet their needs.

The auto industry is famous for its TV spots, many of which became pop culture icons in their own right: think of Ricardo Montalban’s “fine Corinthian leather” or Matthew McConaughey’s Ford Lincoln commercials. But as the center of gravity shifts to digital, the industry is taking note, pouring billions into digital advertising. It’s crucial to make the best use possible of these tools and to avoid any potential backlash.

AMR Care was an established elder care service that wanted to get the word out about an exciting new program—companions trained to bring disabled or elderly arts fans to New York exhibitions and shows. But how to balance the emotional appeal of the service with a premium tone? AMR Care was stumped—and needed solutions fast. But MarketSmiths quickly rose to the challenge, our copy promising sophisticated Manhattan experiences without ever forgetting the humanity of our audience. Combined with elegant design from Red & Company, our new copy soon caught the eye of cultured seniors—and boosted AMR Care’s brand.

Musk is fighting his own brand

In a certain sense, Musk’s trollish tweets fit the brand of his company. Tesla styles itself a disruptor, who is fighting a stodgy industry afraid of change. Having a CEO who doesn’t behave the way other auto industry CEOs typically do could be seen as an asset. However, it’s worth considering Tesla’s original mission statement. The company claims that they are developing technology that will combat environmental calamity. They aren’t arguing for rebellion for its own sake. Tesla, and, by extension, Tesla’s customers, have a strong social conscience.

In light of that, tweets in which Musk expresses support for a coup in Venezuela (telling critics to “deal with it!”) seem especially ill-conceived. The tone Musk adopts here is at odds with Tesla’s overall image. Tesla customers, or people considering buying a Tesla, may be left confused, or worse, turned off.

There’s no doubt that Musk’s personality is a large part of Tesla’s brand. But that makes it more essential for his persona to stay in alignment with the company’s broader mission.

The goal of marketing through Twitter, as with any medium, is to reach the audience and make a positive connection. To do that, it’s not enough just to get attention. They also have to feel that they can trust the brand to be consistent and deliver on its promises. This is not the place to go off the leash. Musk’s tweets go against the mission Tesla claims to support, and that works against the company by eroding the trust of its customer base.

That doesn’t mean social media marketing can’t be fun or subversive. But it always has to reflect its purpose and the broader goals of the company: otherwise, the joker might end up being the punchline. 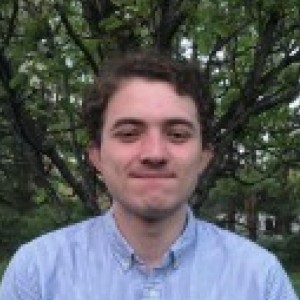 Before joining MarketSmiths, George's professional experience spanned gaming, education, and big law. He is a born New Yorker and graduated from Columbia University.

Think Mobile: Why Marketing Content Must Be Phone Friendly