Every year, countless companies kick off the month of June with rainbow-colored products and other forms of Pride Month marketing. Equipped with a deluge of rainbow-colored bottles and supportive marquees, companies everywhere jump on the Pride Month bandwagon to show that they care—but that’s it.

Every year, countless companies kick off the month of June with rainbow-colored products and other forms of Pride Month marketing. Equipped with a deluge of rainbow-colored bottles and supportive marquees, companies everywhere jump on the Pride Month bandwagon to show that they care—but that’s it.

Genuine LGBTQ+ community engagement is rare and often met with skepticism. To craft a sensitive and successful Pride Month marketing campaign, brands need to do more than just wave flags and sell rainbows: they need to understand what Pride stands for.

Pantene is no stranger to authenticity. The company has worked directly with the LGBTQ+ community for years—beyond the month of June—with campaigns that center around queer beauty, diversity, and representation. These range from “Don’t Hate Me Because I’m BeautifuLGBTQ+,” a reimagination of the company’s hit 1986 campaign, to #StyleWithPride, a collaboration with Getty Images.

But how exactly does Pantene routinely show up for the LGBTQ+ community? Here, we’ll look at Pantene’s friendly, human-centered copy—a unique strategy that’s transforming the way the mainstream media relates to Pride Month marketing and the LGBTQ+ community.

Despite major strides in film, television, and music, the LGBTQ+ community still struggles with representation. Queer representation comes in many forms, some of which draw on negative, age-old stereotypes.

One of the most recognizable hair care brands in the world, Pantene has built a Pride Month marketing strategy that aims to make the LGBTQ+ community feel beautiful, seen, and appreciated. Its #StyleWithPride campaign ensures “authentic and inclusive representation, as well as opportunities for stylists of the LGBTQ+ community to contribute to the program.” By accurately representing how LGBTQ+ communities style themselves, the gallery aims to “enable and challenge” the industry to follow Pantene’s lead in expanding visions of beauty.

By offering an authentic picture of queer identity, Pantene has positioned itself as a leader in the fight for LGBTQ+ inclusivity and equality while encouraging the community to live their truth.

When you’ve found something good, it’s best to stick with it

The first “Don’t Hate Me Because I’m Beautiful” campaign, launched in 1986, resulted in a great deal of controversy. Consumers criticized the catchphrase for promoting narcissism. Even so, the campaign became a pop culture touchstone, cementing Pantene as a household name. And in 2019, the company relaunched it.

In partnership with the Gay & Lesbian Alliance Against Defamation (GLAAD), Pantene set out to redefine the word “beautiful.” The company released a short video featuring individuals of diverse gender identities and sexual orientations, emblazoned with “Don’t hate me because of who I love,” “Don’t hate me because I’m me,” and other catchy slogans.

By focusing on the lived experiences of real people, Pantene’s copy encourages consumers to show genuine support for the LGBTQ+ community. Its copy strategy, which celebrates personal expression through a holistic definition of beauty, inspires customers to become active players in the fight for real LGBTQ+ representation.

A make-up artist found a way to stand out

A distinguished make-up artist, Sharon Becker needed copy that straddled several worlds. Though she had to sound rigorously aloof for her commercial clients, she needed lush, effusive writing for the bridal crowd. Portrait artists and other business partners, meanwhile, needed their own specific styles. Obviously a challenge for most copywriters, but not MarketSmiths. Across the whole of Sharon’s website, we played up the human side of make-up artistry, while also taking care to keep each section tonally perfect. At the same time, we used Sharon’s backstory to weave her varied interests together—ultimately helping her stand out in a crowded field.

Traditionally, the hair care industry has focused its campaigns on stereotypes and gender biases. By tackling conventional stereotypes and directly spotlighting LGBTQ+ voices, Pantene has positioned itself as a trustworthy partner in its customers’ journeys toward self-discovery.

Pantene makes it clear that a genuine commitment to LGBTQ+ representation—beyond a superficial, strategically timed Pride Month marketing campaign—is worth the effort. Brands can create a welcoming and inclusive space for people of all backgrounds, gender identities, and sexual orientations. While a rainbow flag may turn heads, authenticity invites all of us to reimagine a better world.

Ready to elevate your writing? Contact the MarketSmiths team today. 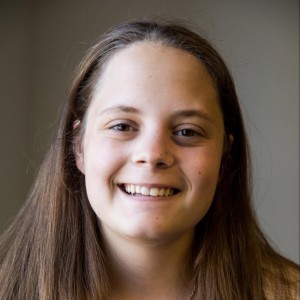 A native Bostonian, Christina has written for newspapers up and down the north shore of Boston before joining MarketSmiths. When she’s not writing or honing her craft, you can find her dabbling in the foodie scene and learning all there is to know about the royals.